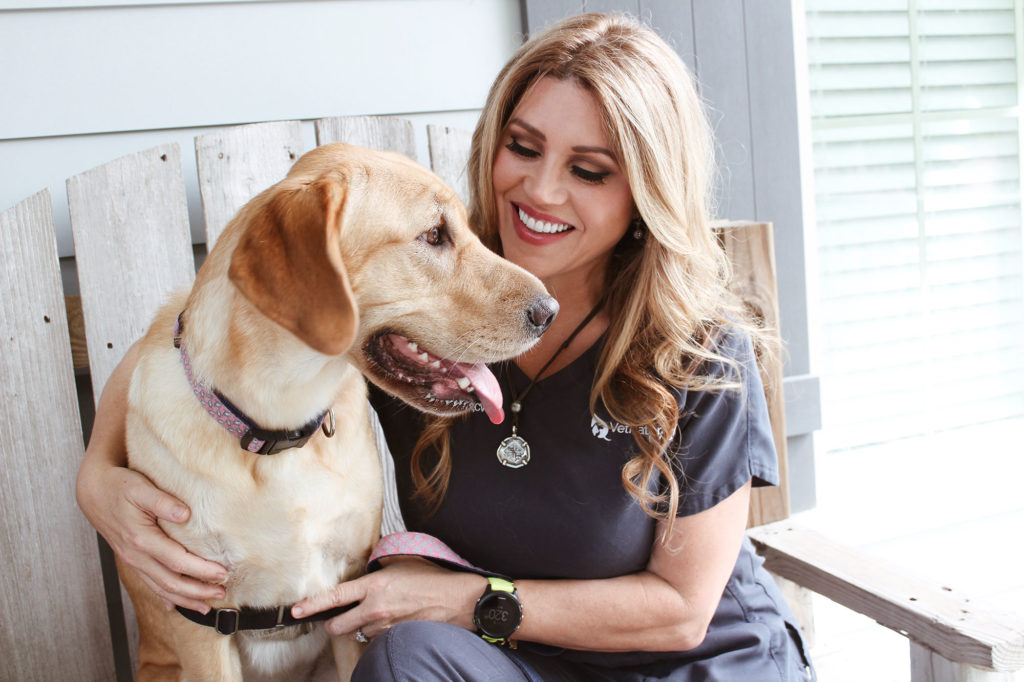 MANDEVILLE-  They say every dog has its day and “Danny” certainly had his Wednesday.

It was much different of a day then the one when he, Stark and Larry arrived at the Mandeville Animal Hospital last month.

That day, the dogs were wet, exhausted and injured from their attempts to stay alive during the flooding at the Denham Springs Animal Shelter.

“We had 17 dogs that were just rescued from the flood that needed immediate help, and who could help us,” recalled Jeff Dorson with the Humane Society of Louisiana, “Their answers were, ‘We can. Just bring them in and we’ll figure it out.'”

“We” consisted of veterinarian Dr. Liza Ledet, who teamed up with Dr. Ashley Goeghegan from VetNaturally.  The pair, and their staffs, took in the first patient at Midnight and worked into the morning when they started also taking in their regular clients, as 18 more injured flood dogs were ushered in.

“This was an extreme circumstance where we were up very late and it was long hours, we took in a lot of dogs really quickly,” said Goeghegan, who specialized in holistic and integrated medicine for animals.

“The whole situation almost had a Katrina-like feel, and to not be in an affected area, I felt like it was just the thing to do,” said Ledet, who owns the Mandeville Animal Hospital.

Wednesday, the doctors were thanked by the Humane Society of Louisiana with “Hero of the Flood” awards.  The recognition was in honor of their dedication to saving all of those four-legged lives, and their continued commitment to help by caring for the animals, out-of-pocket, until they’re adopted.

“It feels wonderful to be recognized,” said Goeghegan.

“I appreciate the honor, but I’m glad to do it,” said Ledet, “It just feels like what we needed to do.”

So that one day, every dog, including “Danny,” has its day to find a forever home.

Dr. Ashley Geoghegan
Dr. Ashley Geoghegan, known affectionately as Dr. G, has spent a lifetime devoted to animal care. Dr. G graduated from the LSU School of Veterinary Medicine and served in the U.S. Army as a veterinary officer. At VetNaturally™, she practices Integrative Medicine, which is a combination of Traditional Chinese Veterinary medicine (TCVM) , canine rehabilitation and conventional Western medicine.
Previous Post When 33 dogs were stranded in the flood, these two vets stepped in Next Post VetNaturally Launches Plays for Pets
Menu